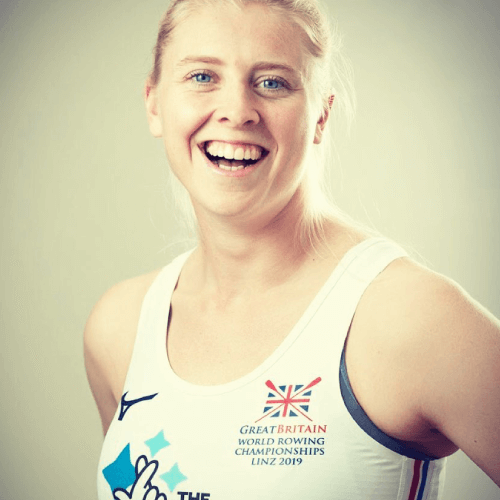 Holly made her debut with the GB Rowing Team senior squad at the 2017 World Cup and will be competing in the women’s coxless 4s at the Tokyo 2020 Olympic Games. She’s a European silver medallist and in 2017 she was part of the Cambridge boat crew that triumphed over Oxford by 11 lengths, setting a new course record.

“Shock Absorber bras have been at the centre of my transition from novice rower to professional athlete, so partnering with them is a dream. When I first began taking rowing seriously, I was wearing basic bras with little support and picked up rib and chest wall injuries from the increased load on my upper body. With the help of Shock Absorber, I haven't been held back by these injuries for the last 3 years, allowing me to train harder to achieve my spot in Team GB’s 2020 Olympics squad.”